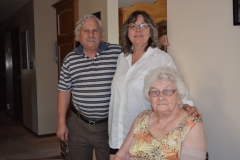 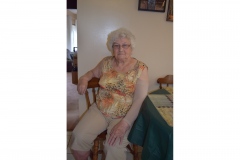 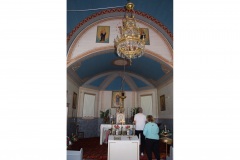 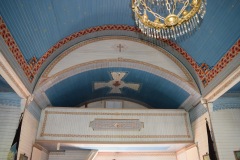 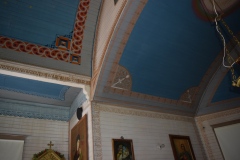 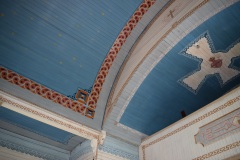 Roman Chez showed the stencils his father Ilya used for cutting the intricate lace work on the iconostas. Ilya Chez also specialized in the construction of banyas, the domes that characterized Byzantine rite churches. 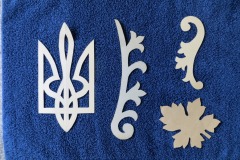 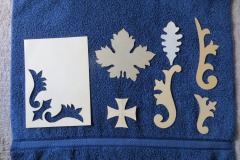 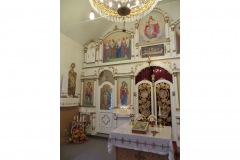 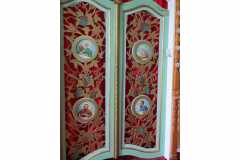 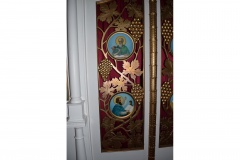 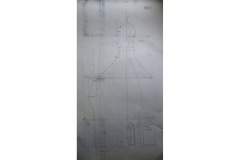 The interviews of Roman Chez, Anne Huziak and others show that the typical procedure was to hire a specialist like Jim Huziak, Anne’s husband, or Ilya Chez, Roman’s father. That specialist would come in the summer and live in the location where a church was being built or decorated. He would supervise. Most of the actual labor was contributed by the parishioners themselves. If the work could not be completed in a summer, the specialist would leave and return the following year. The images in the two panels below are photographs of old photographs or of old blue-prints. 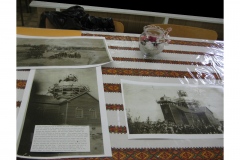 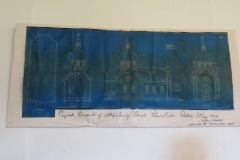 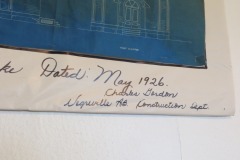