Baptism and Churching of the Mother

Baptism and churching of the mother

Baptisms are normally quiet affairs with the parents and one of more sets of godparents present. The godparents can be relatives or friends of the couple or their families. The church baptism is followed by a meal, more typically in the home than in the church hall because this is a smaller scale event. The kryzhma: In Ukraine, the god mother of the infant brought a kryzhma this was a special cloth, used to wipe the child after the immersion or other rituals performed in church. The cloth of the kryzhma was considered the special property of the infant, exclusive to him or her, and could be used only for that child.
In some parts of Canada, people still use a white cloth as part of the baptismal ritual, although the word “kryzhma” has been lost. Some people use this cloth as it was used in Ukraine, meaning to make items for the child. Some people, notable those in the area of far eastern Saskatchewan, around Arran and Hyas, keep the baptismal cloth. They then use it as a rushnyk during the wedding (the couple stand on this piece of cloth to say their vows). When the person dies, the cloth is folded up and placed in the coffin. In essence, the cloth is used to link the stages of a human life.

Another use of the “white cloth” that has replaced the kryzhma is to link together family members. The same cloth is used for all children in a family or it is used for the children of the person who was the original owner of the white cloth and then his or her grandchildren. The idea is that the use of a single cloth for multiple family members links the family together, keeps family members close, and makes them love each other. 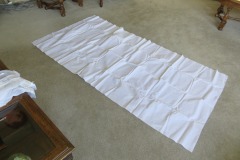 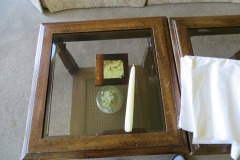 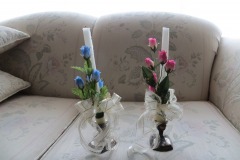 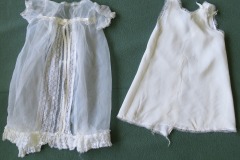 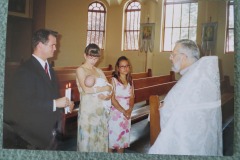 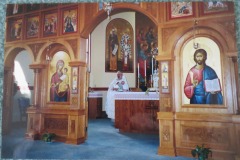 The importance of baptism. Baptism was considered extremely important for the spiritual wellbeing of the child. It was so important that, if a child was born on a farm in winter where the chances of opening a church and having a church baptism were low, the priest would make a point of driving out to the home of the family to conduct the ritual. Children who died unbaptized were, until recently, considered not part of the church. They could not be buried in the cemetery proper. This means that they were buried at the edge of the cemetery, away from the other graves. Otherwise, they were buried completely outside the cemetery, so that, if the cemetery was surrounded by a fence, the unbaptized would be buried on the other side of that fence. Until hospitals started assigning names to children, including those who died at birth, unbaptised children were forgotten. Gerardine Woitas of Model Farm, Saskatchewan said that she did not even know about the existence of several siblings who had died unbaptized. 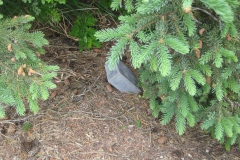 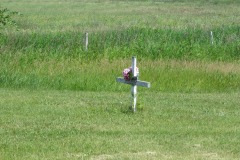 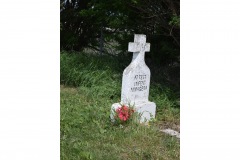 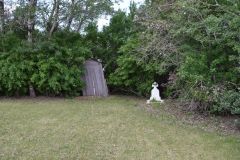 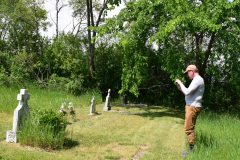 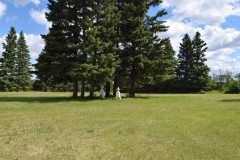 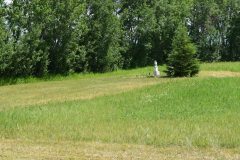 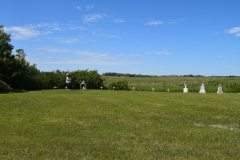 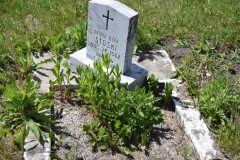 The practices associated with unbaptised children are changing. The fence of the Model Farm cemetery has been moved to include the graves of the unbaptised infants and the parish priest came to bless those graves. The names of children who died unbaptized are being recovered, if there are hospital or other civic records of them. Cenotaphs are being raised to such children so that they will be recognized. 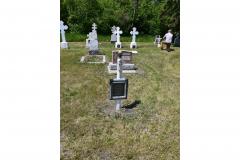 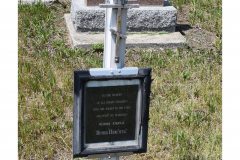 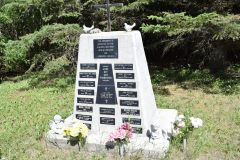 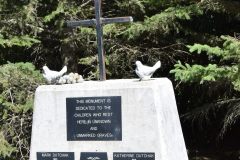 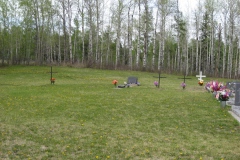 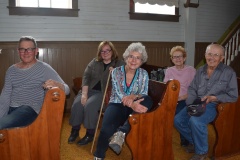 Churching of the mother. This is a controversial practice. It is a religious ritual rather than a vernacular practice, but many people avoid this ritual because they find it incompatible with modern Canadian life. As a result, the vernacular aspect of their faith takes precedence over official religion. Churching presumes that the mother of the infant is unclean after she gives birth. In Ukraine, both she and the infant were supposed to stay sequestered for 40 days, at which point they were welcomed into the community and the church. Roman and Elaine Nychyk of North Battleford shared their thoughts about churching. Elaine did have the ceremony. 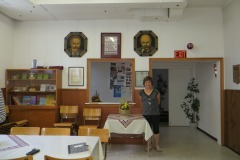 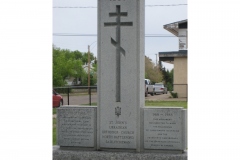 In Canada, some women like the churching of the mother and feel that it gives special recognition to the role that the woman plays in the birth of her child. Because of the notion of uncleanliness, many women object to churching and do not practice it.

Father Nahachewsky, of the St. George, Ukrainian Catholic Church in Prince Albert, described the churching of the mother and the presentation of the infant. Churching involves the mother and the baby coming to church for a special ritual after 40 days. They stay at the back of the church, in the narthex, until the ritual is to take place. At that point the mother is blessed and the child is presented at the altar. If the child is a girl, she is brought up to the tetrapod. If the child is a boy, he is carried behind the iconostasis and around the altar. The difference in treatment of the infant according to gender has also discouraged the continued practice of churching.
Another factor discouraging churching is demographics and the availability of clergy. Small rural parishes can rarely schedule a service that coincides with the 40 day post birth period. 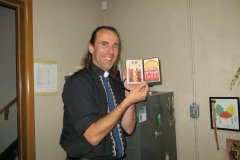 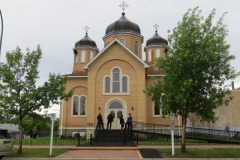 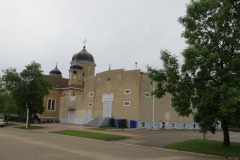 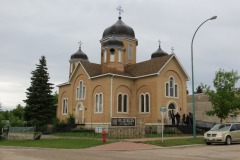 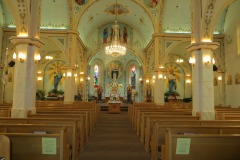