Olga Kozun tells about the old Ukrainian tradition of wreath making (vinkopletennia) which usually happened on the night before the wedding. This is a tradition that is now lost. In the old days, however, the family would get together for this event. When Olga herself got married, her siblings and some neighbours gathered and the group included both men and women. Some families, Olga noted, said that the event should be girls only.

For the wreath itself, Olga used a plant called mirt (myrtle) that her mom grew in the house. While making a wreath, women would be singing. Olga even remembers the songs and sang one in Ukrainian. When asked if the songs were sad, Olga responded that the only time people sang sad songs was if the mother or the father of the bride had passed away. 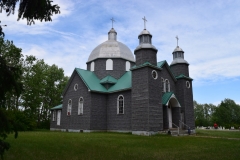 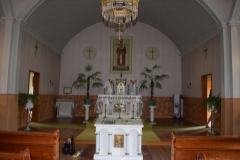 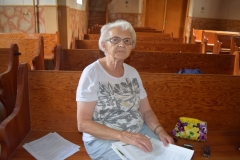